But a very valuable one! The last few days around here have been a little crazy. Definitely not how I imagined the last week and a half of my pregnancy would go.

About 4 days ago just when it hit triple digits temperature wise, our air conditioning decided to quit on us. Lovely. Trying to find someone to come fix it has been a huge chore as everyone is so busy and backed up right now. So here we are 4 days later still with no AC. But wait, it gets better. Yesterday morning we woke up to find we had no water in the house. Not a drop would come out of the taps. Not only does that mean no water to drink, or for the animals, but no washing dishes, no laundry, no showers, and no…flushing the toilets. O.M.G.

We had to go buy gallon jugs of water just so we had drinking water for all of us and each time we needed to flush the toilet, it took 3 gallons that we had to pour into the back tank. Insane!! You don’t realize how bad you take stuff for granted until something like this happens. I have a whole new respect for water, and we have been really good about conserving water too. We have a well and I did learn some good tips on living with a well from my parents who also have one. Don’t waste water is a huge thing!!!! We try to recycle water as much as we can right now anyway and we will be doing this even more now because this happened. (we finally got our water back late this afternoon but it was 2 days without which was horrible!). So learn from our situation and try to conserve water as much as possible – you never realize how valuable it is until there is none.

Today the outside temperature did drop into the 80’s. Still quite warm but a lot better than over 100 which is what it has been. It was so hot in the upstairs in our house we couldn’t sleep up there or really spend any time up there at all. We retreated to the basement where we set up an air mattress and our one fan and that’s where we’ve been sleeping. Of course the dogs, the pig and the coati all came down there to camp out with us as well. The other animals are all fine – they have AC out in their room. They are on their own system separate from the house. We did contemplate going out and sleeping amongst them as well, but the basement has been ok. Well yeah just ok. Sleeping on the floor on a thin air mattress is not my idea of a good time, especially being over 9 months pregnant. With having to get up so many times during the night, it’s very difficult. I literally have to roll off the mattress onto my knees on the floor, then pull myself up using the nearby loveseat. It must look pretty hilarious.

So the craziness aside, the good news is that in only 10 days our little Ava will be making her grand entrance!! We are so excited, and I’m also so excited to not be pregnant anymore. It will be great to be able to bend over properly again, and to not have swollen feet. Of course the best thing of all will be seeing our baby and holding her. I can’t wait.

There are still a lot of things on my to-do list for this week, but her nursery is just about completed. I have a few things to do still but here are some pictures of it so far. 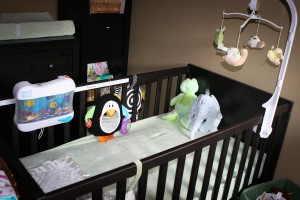 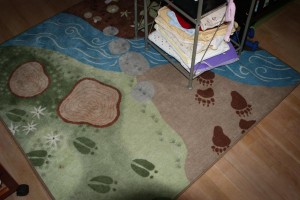 I love this cute carpet! 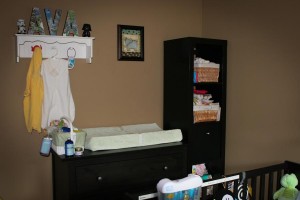 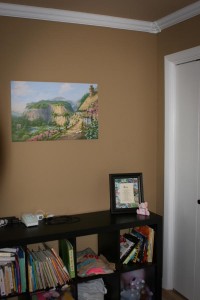 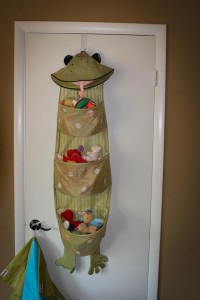 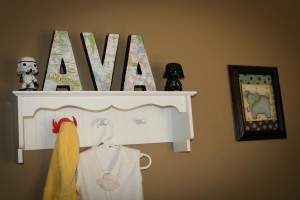 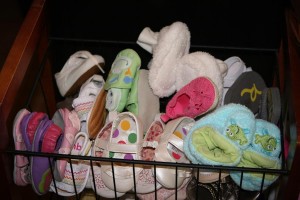 So many cute little shoes! 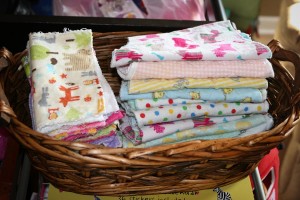 Hand made wipes and burp cloths. Yes we are cloth diapering her as well. 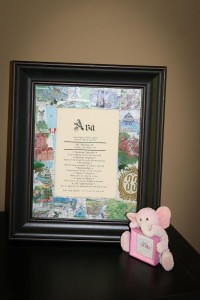 I made the mat in this frame using Disney parks maps and one of the napkins we got when we went to Club 33. 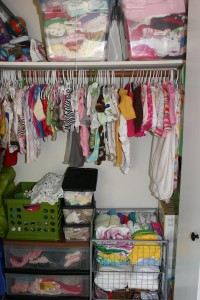 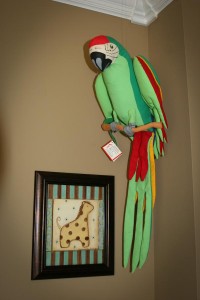 This stuffed macaw is something I got when I was 12 years old from Disney World. Funny how it looks like a Military Macaw and I ended up training a real life one while I was at Eatm. 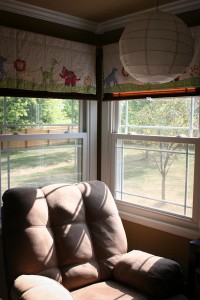 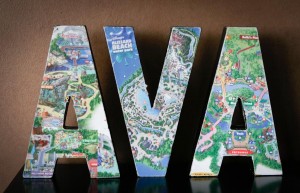 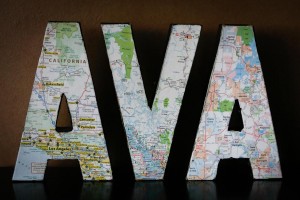 I did a tutorial on how I made the letters here: Homeketeers